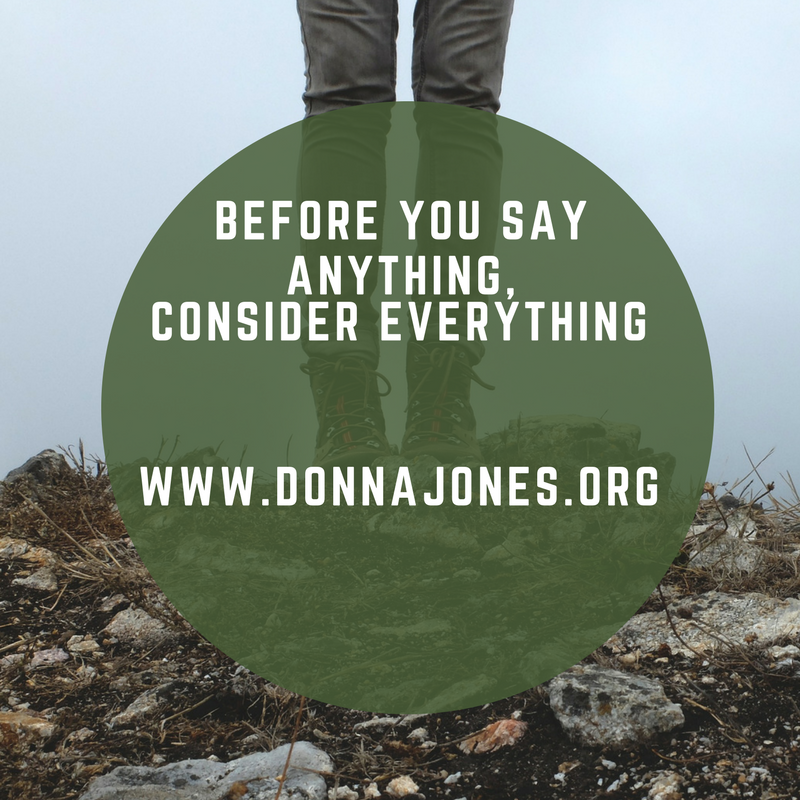 5 Things You Must Know Before You Jump In to “Help”

I left the eye doctor’s office confident I could put in my new contacts. I just wasn’t sure I could get them out. My doctor had me practice before heading home and I’d put them in like a pro but getting them out wasn’t quite as easy. I needed her help to remove them each time we tried. And now it was late. So late she was ready to lock up for the day and I was ready to give my tired eyes a well-deserved break.

She looked a bit hesitant to let me leave but I assured her JP could take the contacts out for me if I really couldn’t do it myself. He’d worn contacts for decades, after all.

That night I stood before my bathroom mirror determined to remove the foreign objects from my eyes all by myself. A minute passed. Then five. Then 15. And 20. Finally, I was near tears.

“JP” I called loud enough for him to hear me downstairs. “I need your help!”

JP rounded the corner into our bathroom, took one look at me and realized I was desperate.

“Hold still while I get them out”

Things escalated. It was not a pretty sight.

I feared pain. I feared having those stupid contacts stuck to eyeballs for all eternity. I was certain I would never be able to see again (not that I’m ever dramatic or anything).

Finally, JP whispered soothingly, “Donna, I’m not trying to hurt you. I’m here to help. I’ll be as gentle as I can, but you have to be still so I can help you get the contacts out of your eyes.”

He was right. I’d tried, and tried and tried to remove them on my own but couldn’t. I needed outside help.

I took a deep breath and willed myself still. But I felt so…..vulnerable.

Yesterday I read Jesus’ words, “First get rid of the log in your own eye; then you will see well enough to deal with the speck in your friend’s eye” (Matthew 7:5) and the memory of this incident flashed before my eyes.

Having another person take something out of your eye is painful before it’s pleasant. Which is why it’s so important to be gentle.

Do you know someone who has a speck in their eye? Some little thing you’d love to correct? Something you know they need to remove? Or improve?

Most women have a laundry list of friends and family members they just know they could “help”.

“If she’d only take my advice.”

“If he would just listen.”

“They really need to hear what I have to say whether they like it or not.”

See what I mean? By nature most of us are speck removers. For other people. And the truth is, sometimes we can’t remove our own stuff by ourself. Sometimes we need outside help.

But in order for a helper to be a healer they have to minimize the potential of also being a hurter.

Jesus, the ultimate healer, tell us how: First, take the log out of your eye. In other words, get rid of any junk that prevents you from seeing clearly.

Then, don’t confront with both barrels blazing; that’s like thrusting your fingers into the eye socket of someone who isn’t ready. Instead, think how if feels to have someone go poking around in the most tender areas of your being.

Before you say anything, consider everything.

Sometimes all of us need help getting the speck out of our eye. When it’s your turn to help remove someone else’s speck, do it with gentleness.

P.S.  Recommend this blog to a friend and when she subscribes she’ll be entered for the chance to win a free book!