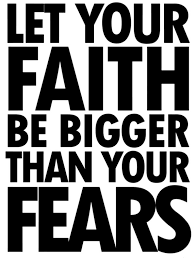 Hey Blog Friends!  Thanks for all your wonderful comments last week. I was inspired by you all. It’s time to announce the big winner of Everyday Confetti.  Drum roll, please…

I’ll be doing several give-aways in the next few weeks, so keep your eyes peeled for another chance to win another great book. Now onto today’s thoughts…

A t-shirt clad gal peddled on the stationary bike, sweat dripping down her face, two bikes over from me a few weeks ago.  Apparently, she’s seen me reading my Bible at Starbucks and she wanted to know what I was reading.  I told her I’ve been studying the book of John lately.  Turns out she loves the Gospel of John and is a believer.  We chatted as we got to know each other a bit, biding our time until our weary bodies could peddle no more (for the record, her body could endure a lot more than mine!).  We’ve seen each other a time or two the last several weeks, but have never really had a lengthy conversation quite like the one we had that first day. Until this morning.

Once again, she found her way to her favorite bike and I found the way to mine. We both looked up at the same moment, realized we were peddling side by side, and smiled.  We chatted like old friends.

In the course of our conversation she told me about a few things on her heart; I told her a few things that were on mine–specifically something I’ve been praying for, for several months.  Something that requires action, divine intervention and faith. Something that requires that I actually apply the scripture I’ve chosen as my theme verse for 2014, which just so happens to be from the gospel of John–John 2:5:

“Do whatever He tells you.”

“You should be excited about what God has for you” my new friends commented.

“I know”.  Even I could hear the hesitation in my voice. And then I said it.  Out loud.  To a near stranger.

“But I’m paralyzed by fear”.

I don’t know if she noticed or not, but when the words left my mouth, I felt the hot sting of tears welling up in my eyes. I am paralyzed by fear way too often. If you know me personally, you might be surprised.  You shouldn’t be.  Aren’t we all affected by fear in one way or another? I’m convinced it’s one of our enemies greatest tools.

It’s fear that prevents me from doing whatever God tells me to do.

Sometimes, fear stops me from doing.

And sometimes, fear stops me from doing whatever.

So hear’s the deal.  I’ll pray for you, if you’ll pray for me.  Is fear affecting your life in any way?  Is fear stopping your from being all God called you to be? From doing all God called you to do?  From doing whatever He tells you to do?  Leave a comment below (you don’t even have to say what your fear is, if you’d rather not) and I promise to pray for you.  Let’s pray and then let’s DO.

Here’s to the year of overcoming fear and doing whatever! 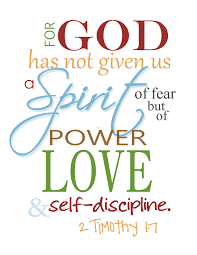